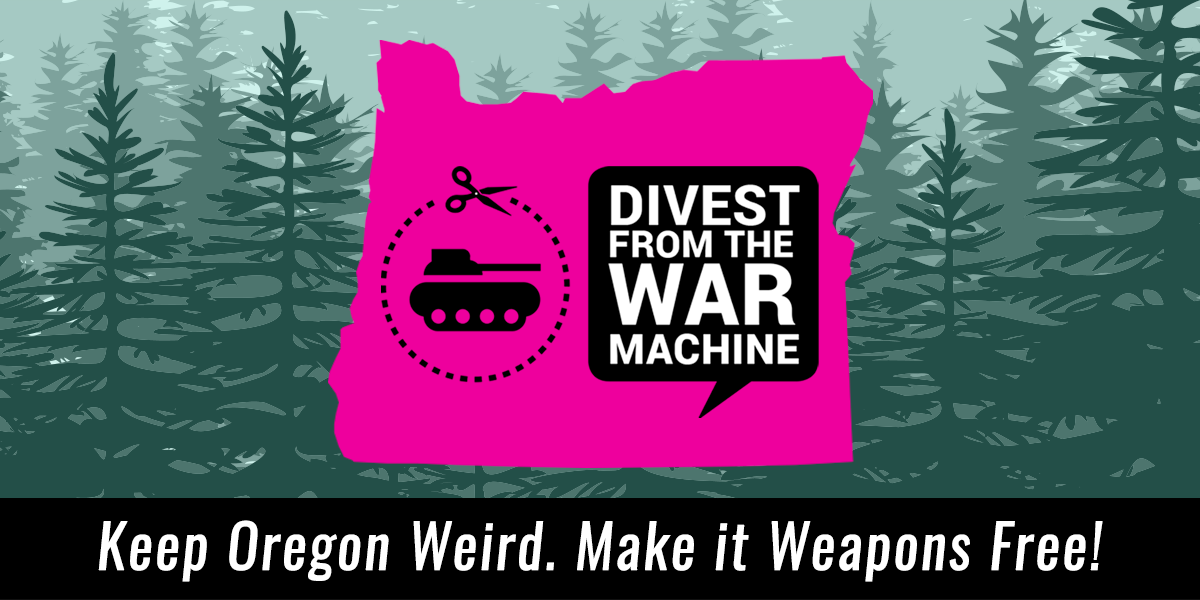 WHAT IS THE WAR MACHINE?

The War Machine refers to the massive, global U.S. military apparatus that operates largely thanks to an alliance between the arms industry and policymakers. The War Machine prioritizes corporate interests over human rights, military spending over diplomacy and aid, preparing for combat over preventing wars, and profit over human life and the health of the planet. In 2017, the CEOs of the top five weapons manufacturers in the U.S. collected salaries that totaled $96 million, while U.S. communities continue to struggle to provide basic services as federal support is slashed.

WHAT ARE WE CALLING FOR?

This Divest from the War Machine Campaign empowers Oregonians to remove state assets from war. By removing public investments our state holds in weapons manufacturers, we can reclaim how our communities invest in the growth and success of where we live. Together, we can create a groundswell against the companies that profit from the war that steals from our communities, our children, and our futures.

Divestment is a tool for action. Targeting Washington is like sliding on teflon. We need to take action in our communities. Divestment campaigns have been a powerful tool for social action starting with the movement to divest from South Africa during the apartheid. Divestment is how all of us - anyone, anywhere - can take local action against the death and destruction of war.

HOW CAN YOU GET INVOLVED?