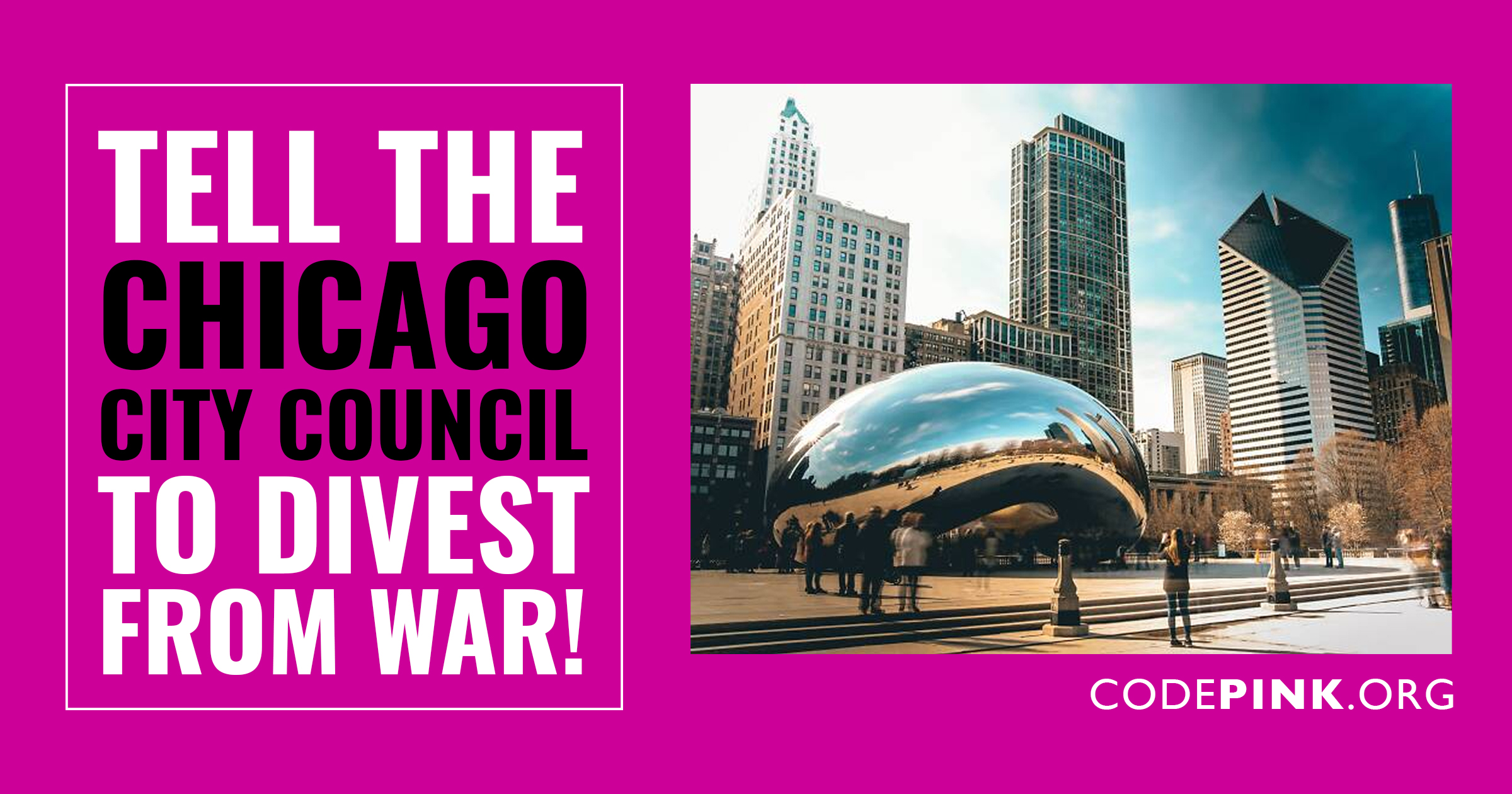 Tell Chicago City Council to say No to war and militarism. Divest all assets from the War Machine!

In 2018, the U.S. spent $777 billion on foreign and domestic militarism, which is 55% of the federal discretionary budget. Over $300 billion of those dollars went directly into the pockets of private military contractors who literally make a killing on killing. American taxpayers have spent so much subsidizing private military contractors, the Pentagon sent “surplus” military-grade weaponry to local police forces around the country. These are startling statistics considering 43 million people in the U.S. live in poverty or who qualify as low-income, whose needs could and should be met by the money spent on building weapons of war.
Cities across the country are uniting their voices to decry this profit-centered and war-driven allocation of funds and call for divestment from the war machine. Chicago has a responsibility to help set the standard for what it means for a city to live its values.

Chicago must divest public funds from weapons companies. I support the Chicago City Council working to pass a resolution to: