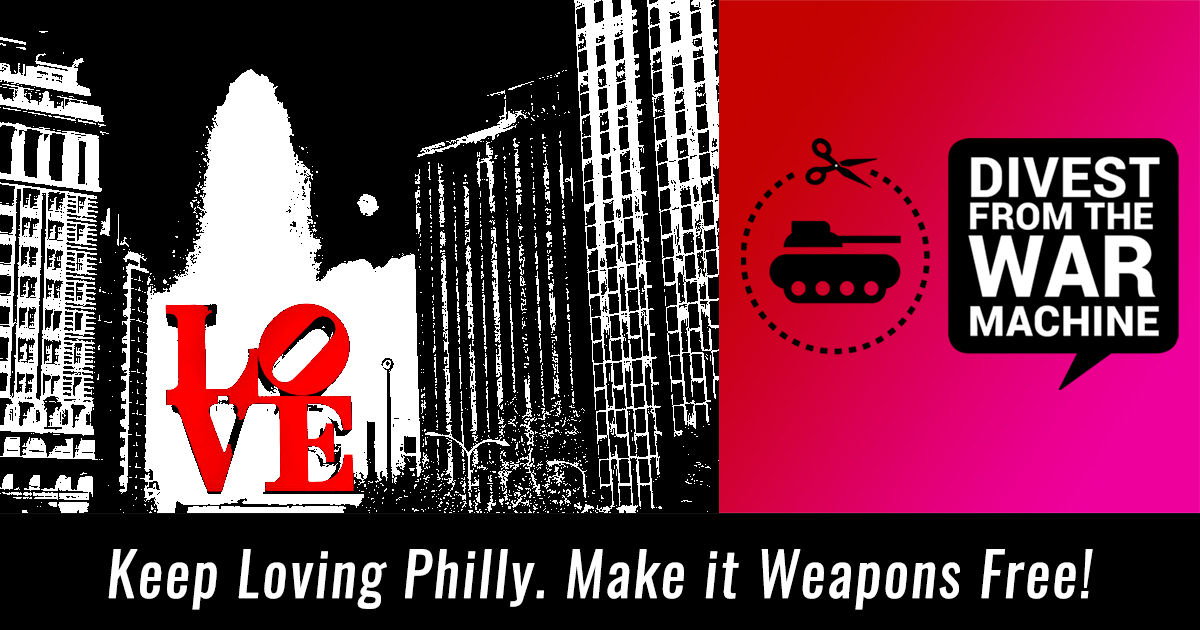 Four of the financial institutions that manage the Pension Board’s assets — Lord Abbett High Yield, Ariel Capital Holdings, Fiera Capital, and Northern Trust — collectively have billions invested in nuclear weapons. We’re urging the Philadelphia Board of Pensions to instruct these asset managers to exclude the top nuclear weapons producers from its holdings.

You can learn more about the campaign and see a list of current coalition members here.

Cities across the U.S. are being deprived of vital funds as the result of an inflated military budget that places war and militarism as higher priorities than the true needs of communities and citizens. As a result, our communities are deprived of adequate funding for life-affirming sectors, while billions of tax dollars are funneled directly to weapons companies each year. Following on the heels of Philadelphia's successful divestment from private prisons and gun manufacturers, we urge the Board of Pensions to pass a resolution divesting the city from nuclear weapons. Approximately 15,000 nuclear weapons are presently deployed in at least 9 countries, many of which can be launched and reach their targets within 45 minutes. An accidental missile launch could lead to the greatest global public health disaster in recorded history. The city of Charlottesville, VA divested from the war machine! It's time for Philly to follow Charlottesville's lead and divest from nuclear weapons.