Reasons to Divest from the War Machine NOW 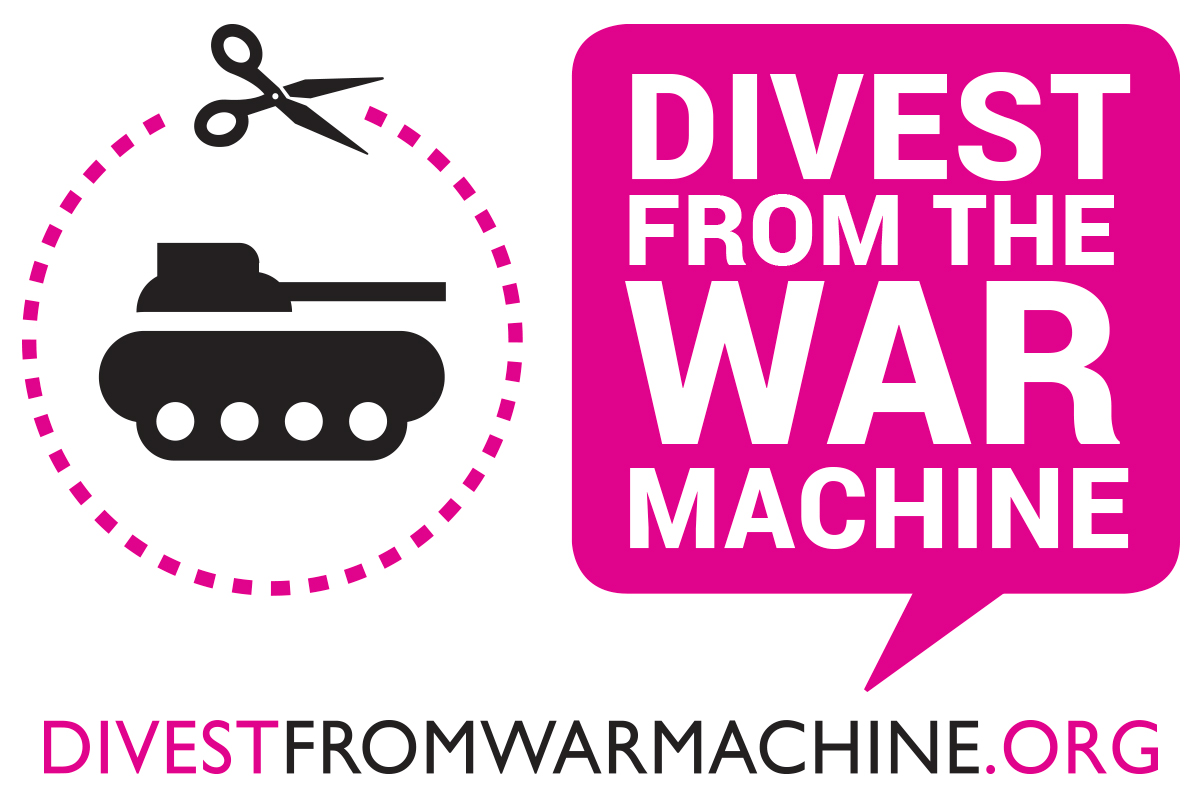 The military industrial complex dominates U.S. spending, and spreads death and destruction at home and abroad. Here are a few reasons why we need to throw a wrench in their machine:

Military Spending is Stealing from Each of Us

Excessive military spending in the U.S. is undermining the well-being of our people and starving our non-military sectors. The cost of U.S. domestic and foreign militarism in 2016 totaled $741.3 billion: 64 percent of discretionary spending. Meanwhile, many of our cities are in ruins. Our public transportation systems are in shambles. Our educational system is in steep decline and being privatized. Opioid addiction, suicide, mass shootings, and hunger plague a country that has sunk into profound despair and poverty.  Weapons don't house us, don't clothe us, don't help us get to work, and don't cure our diseases. The U.S. must shift its priorities away from building more bombs, and toward educating, feeding, housing, and healing our people.

The brutality abroad is matched by a growing brutality at home. Militarized police gun down mostly unarmed, poor people of color and fill a system of penitentiaries and jails. Over 5 billion dollars worth of military grade equipment and weapons have been transferred to local police forces since the 1990s. Over 15,000 people in the U.S. died from gun violence in 2017 alone, with the overall gun-death rate for black males standing at roughly double what it is for white males. It is the same war machine killing, harming, and oppressing poor people of color around the world as is killing, harming, and oppressing poor people of color here at home.

U.S. Wars are About Power and Profit

War is good for business. Last year, when the Pentagon was given more than $600 billion, one of the highest levels since World War II, about half of that amount — $304 billion — went directly to corporations. As the U.S. remains engaged in seven active conflicts and as tensions rise with countries such as: Iran, North Korea, and Russia; military stocks have risen 40% in the past year alone. War is a tool for asserting military and economic dominance, and protecting the interests of military contractors — not the lives of ordinary citizens.

The U.S. Exports Militarism, at the Expense of Women’s Human Rights

Increased global militarism is the foremost feminist issue of our time. U.S. militarism and economic policies accelerate violent free-market capitalism and reinforce gender inequality. Militarism is used as an excuse to inhibit women’s freedoms. And as militarism spreads, so does violence against women as well as brutal, often deadly, attacks on women’s human rights defenders.

The Department of Defense and its contractors burn and detonate unused munitions and raw explosives in the open air with no environmental emissions controls, releasing toxins near water sources and local communities. Roughly three quarters of Superfund sites in America are abandoned military facilities or sites that support military needs. Military excess is harming the land and people it is supposed to protect. The military is unable to adequately and safely dispose of hazardous waste, which highlights how overwhelmed our nation is by its military excess.

Military contractors, including leading U.S. arms producers, retain legitimacy and political power because they are looked at as major national job-creators. But studies have shown that federal spending on domestic programs in health care, education, clean energy, and infrastructure creates more jobs, dollar for dollar, than military spending. The war economy takes up investment, which could otherwise go to life-affirming sectors that put more people to work. We must revoke its reputation as a vital source of American jobs.

Our Taxes Fund Their Wars

As of 2016, nearly a quarter of every tax dollar paid went to military and Pentagon spending. Military contractors pay an average of less than half the federal corporate tax rate, despite making billions of dollars each year from U.S. wars. These companies also receive funds from the government through grants, subsidies, and loans. This means American taxpayers pay for these companies to operate while also paying for the wars that create demand for their products.

More Militarism Does Not Make Us Safer

Hyper-militarism is not the answer to increasing global security, and brute military force as a response to terrorism is counterproductive. Hyper-militarism increases global hostilities and provides a window of opportunity for terrorist-group recruitment. The U.S. uses the rise and continued brutality groups like the Islamic State as justification for more U.S. military activity in the region, perpetuating a cycle of violent conflict. A study by the FBI in 2012 found that anger over U.S. military interventions abroad was the leading motivation for “homegrown” terrorism.

The U.S. War Machine is a Leading Driver of the Global Refugee Crisis

There are over 65 million forcibly displaced people in the world. U.S. military interventions and U.S.-produced weapons have played a leading role in displacing millions around the globe. This is especially true in the Middle East and neighboring areas, where the perpetual “War on Terror” prompted an almost exclusive policy of war and militarism. For instance, conservative estimates state that U.S. interventions in Afghanistan, Iraq, and Pakistan alone since 2001 have displaced 10 million people. The U.S. war machine must be held accountable for its role in creating the global refugee crisis.

Join the movement at www.divestfromwarmachine.org.