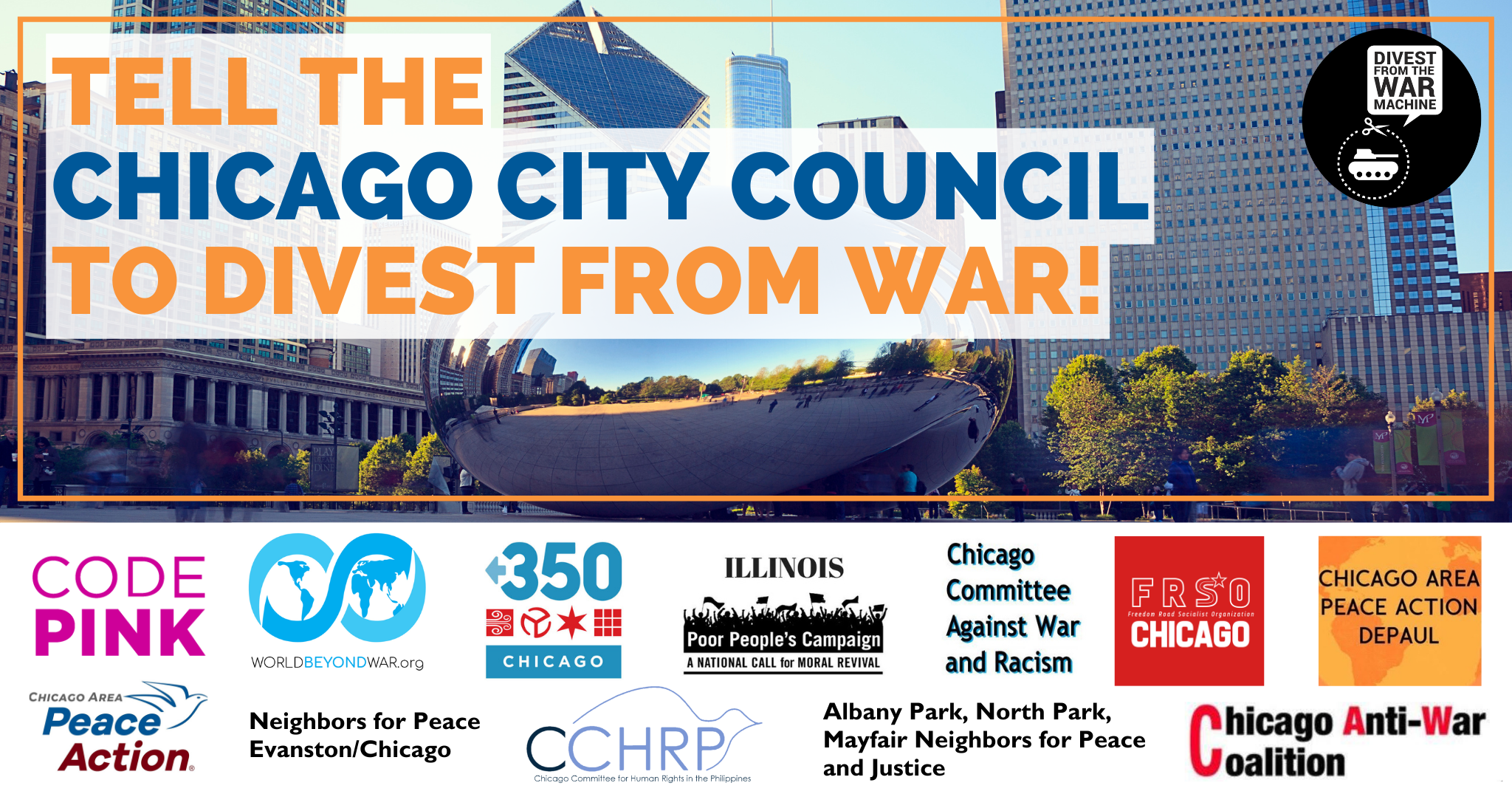 Tell the Chicago Committee on Finance to Divest from War!

Chicago is currently investing taxpayer dollars in the War Machine through its pension funds, which are invested in weapons manufacturers and war profiteers.

Fortunately, Alderman Carlos Ramirez-Rosa has introduced a resolution into the Chicago City Council to Divest from War which currently has 9 co-sponsors.

The Resolution was just moved to the Finance Committee, and they need to hear that constituents support it!

📧Email and ☎️Call the Finance Committee asking them to support the Chicago City Council Resolution to #DivestFromWar!

*By signing this petition, you are signing up to join the CODEPINK and World Beyond War email lists.